Intelisale approached us with an interesting challenge – expand their growing team. To achieve this we developed a campaign which included building the first .NET developers community in Serbia and launching their own private label craft beer. Check out the story!

Intelisale is a SaaS company with the development center located in Serbia. They are focused on building a unique B2B sales solution for wholesale trade and distribution companies from around the world.

Their innovative omnichannel sales solution is AI-based to increase sales productivity through all sales channels, including field sales, inside sales, and e-commerce.

Using Intelisale SaaS, companies are able to improve their overall sales performance by 30% while increasing the number of products sold by 50%.

They are developing their SaaS solution using Microsoft .NET technology stack and C# programming language. This was a deliberate choice to make sure the product achieves high, enterprise-level quality standards.

While the integration was successfully achieved, this choice created another problem for the company – how to find new, experienced .NET developers for their growing team.

Serbia – where Intelisale’s development team is located – is known for excellent developers, and its IT industry keeps growing due to development outsourcing and international companies opening their dev centers. This created a shortage of developers, especially experienced ones.

Also, most of the developers in Serbia are proficient with PHP, JavaScript, and other open source technologies, making good .NET developers an even harder fish to catch.

Market Republic was presented with a unique challenge – how to help a relatively fresh company in the development community attract local .NET talent and put the company firmly on the map as one of the best environments for developers working with Microsoft technologies.

We realized that simple social media presence and the usual mix of publishing relevant content and using paid promotion isn’t going to cut it.

We needed to put a different approach in motion to build a local .NET community and introduce Intelisale to them.

In order to achieve that, we put our efforts into the Meetup.com platform specialized for organizing events with like-minded people. To promote the events in the best possible way, we have developed engaging content, especially videos, to connect with the audience in a more emotional way.

Organic results were boosted by a modest paid budget which was used to improve engagement and to promote open positions during the campaign.

To have consistent messaging during the campaign, we used the fact that Intelisale has offices in the elite part of Belgrade called Dedinje to create a new term – Developeri sa Dedinja (Developers from Dedinje). 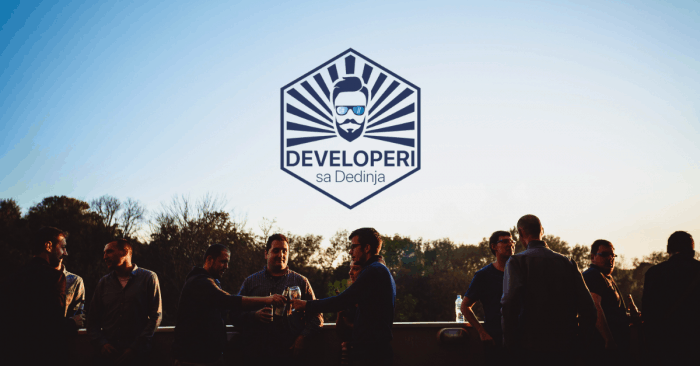 Our Developers from Dedinje were presented as the geeks they are, and the location as an unusual, but pragmatic choice for an office location with several benefits.

This made Intelisale stand out of the crowd because the majority of developer companies are located in another part of town called Novi Beograd.

Growing the community by 100% month-to-month

It was not enough to have a cool (or at least interesting) message and to create new social media content regularly, we had to establish a community. We created a group on Meetup.com platform, invited the people we already knew and started promoting the group on social media.

For our first meetup, organized after only a few weeks, more than 50 people showed up (we expected twice fewer than that).

We were blown away by the attention, so much that not all guests could fit into the Intelisale’s conferencing space.

We followed that with the second meetup 2 months later.

Improving on the previous event we stepped up our game and content production (also got a larger place for the event).

More than 120 people showed up this time! 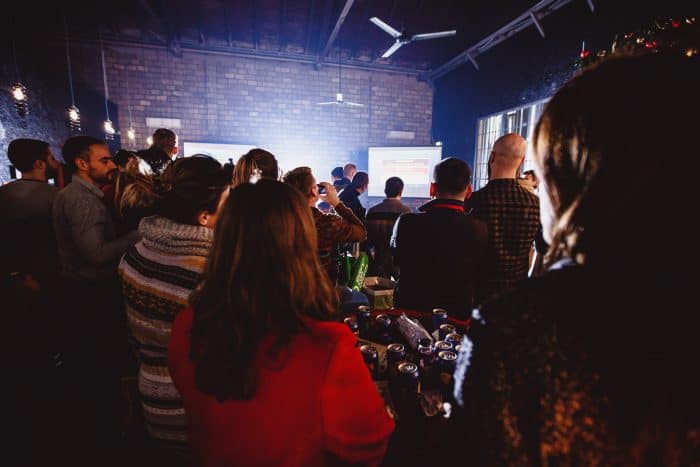 During the course of the campaign, we were focused on creating engaging content to show what it means to be a Developer from Dedinje and to promote the meetups.

We created a series of videos, like this one where Milan is talking about what he likes at Intelisale:

And like the one in which we teased the community members with what to expect at the second meetup:

Brewing their own Programmers’ Beer

How to stand out in the developer scene nowadays?

Offices with gyms, pools, waterfalls, and spaceships are sooo 2015. Intelisale needed something different, something refreshing *wink*.

DevHops was a big hit and resonated with our audience perfectly. So we held a giveaway for the second meetup and the winners got to see how DevHops is made and learn some interesting facts about beer.

We created the first .NET community with 277 people in our Meetup.com group in just 3 months.

Video content was seen more than 53,000 times in only 3 months

Intelisale went from a relatively unknown company to being the company for .NET technology.

Here is what Nemanja Mališić, Head of Product Development at Intelisale said about our work 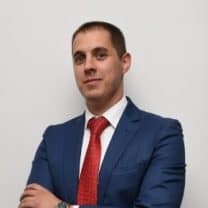 Market Republic helped us establish authority as the .NET experts we are in the development community in Serbia, and enabled us to attract new talent for our team. They helped with shaping and building the community through organizing and promoting meetups, great social media activations, branding, and various content. The creativity they showed in producing video content blew us away. After just a few months, we have applications pouring in!

Get the PDF version 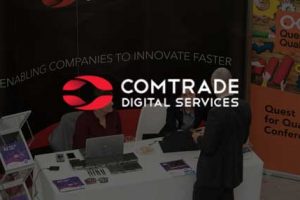 Getting Event Appointments With C-level Through LinkedIn

Find out how we helped Comtrade Digital Services set appointments with some of their prospective clients at two major industry events. 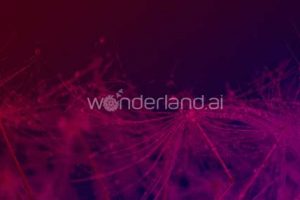 Read this case study to find out how we helped Wonderland AI team sell more than 50% of available tickets a whole month before the event. 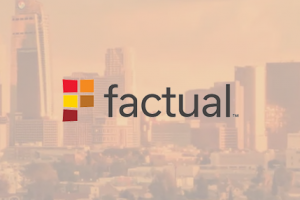 How our B2B Lists Converted 80% of Contacts to SQLs

Highly targeted prospect lists bring much higher results for your campaigns than spraying and praying. Here is how it worked out for Factual.

This website uses cookies to improve your experience while you navigate through the website. Out of these, the cookies that are categorized as necessary are stored on your browser as they are essential for the working of basic functionalities of the website. We also use third-party cookies that help us analyze and understand how you use this website. These cookies will be stored in your browser only with your consent. You also have the option to opt-out of these cookies. But opting out of some of these cookies may affect your browsing experience.
Necessary Always Enabled

Any cookies that may not be particularly necessary for the website to function and is used specifically to collect user personal data via analytics, ads, other embedded contents are termed as non-necessary cookies. It is mandatory to procure user consent prior to running these cookies on your website.